The 7 Step Plan to Successful Networking 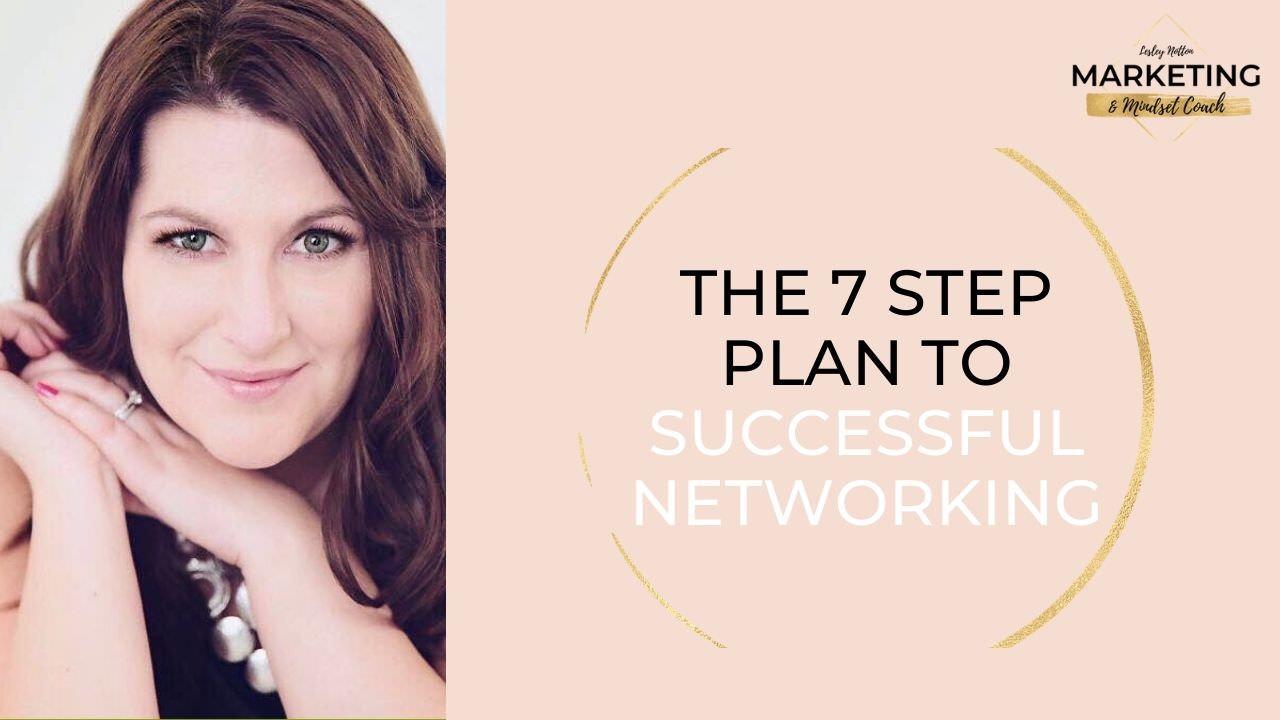 Whether you're an introvert or an extrovert, feel like you have the 'gift of gab' or just don't know how to make small talk, networking know-how is hugely important for your business to succeed.

There is a notion in business, that I believe most of us subscribe to, that says 'all things being equal, people will do business with and refer business to those they know, like and trust.'

And the key to this is obviously being able to develop relationships.

Think Of Successful Networking As The Cultivation Of Mutually Beneficial, Win-Win Relationships.

In order to be win-win, there must be GIVE and take (notice the emphasis on give).

Networking should never be viewed as events where you go to sell your business. When effective networking is taking place, the parties involved actively share ideas, information, resources, etc.

Ok, so you know that you should be networking, because it is one of the most cost-effective lead generation activities when used wisely, appropriately and professionally. But, maybe that seems easier said than done.

“I’ve met so many who have opened doors for me and remained in my life both personally and professionally. After a while, networking doesn’t feel like ‘networking.’ It’s both serendipitous and unpredictable, and something that just naturally becomes part of your work life and your personal life.”
— Narciso Rodriguez

Here's a seven step plan to really get going with successful networking for your business.

1. Check out several networking groups to find the best chemistry and perceived value.

Most networking groups will allow you to come and visit at least a couple of times before you have to join. Go and ask around to find out why others have joined and what value they get out of belonging.

Resist the urge to just go join the Chamber of Commerce simply because everyone tells you that's what you need to do! If that's not where your target group can be found, then you might just be wasting a considerable amount of time (and money).

I'm not telling you not to join the Chamber... just be clear about what you'd like to get out of this or any other group. If it's to find prospective clients or referral sources, then you need to be networking where those resources can be found.

2. When you find a networking group or two, join and attend all the meetings you can.

Don't attend just once or twice expecting things to happen and then if they dont quit. Building mutually beneficial, win-win relationships will take time!

The contacts you make need to constantly see your face and hear your message. Continual contact with others over time will open up opportunities for you to go deeper and learn more about each other's thoughts, ideas and capabilities in regards to your respective businesses.

Know, like, and trust generally only happens over time. Being regular and persistence will pay off.

Online networking groups, such as the ones we hold for members of Notton House Academy, are a great way to attend many events on occasions that you can't leave the house!

Perhaps you're feeling a little under the weather, you're snowed in (like we are today!), or you don't have time to get to a face to face meeting. Online networking is the perfect option for you!

3. Get involved in your networking groups – be visible.

Do as much as you can to make yourself more visible within the organisation. Volunteer to help with meetings, be on committees, or become a leader or board member.

Being involved does a couple of things for you and your business.

Firstly, you'll have more opportunities to establish connections and get to know some of the contacts you've made even better.

Secondly, the higher the visibility you have in the group, the less you'll have to work to make new connections. Instead, as new people come into the group, they will likely seek you out because they view you as a leader within the networking group.

“No one lives long enough to learn everything they need to learn starting from scratch. To be successful, we absolutely, positively, have to find people who have already paid the price to learn the things that we need to learn to achieve our goals.”
— Brian Tracy

4. Keep your circles of contacts informed.

Don't just assume that running in to someone once a month (or even once a week) will cause them to start doing business with you, or sending it your way.

You need to let them know what's going on when you're not at that particular group in order to inform and educate them.

Send them invitations to your events, workshops, webinars and invite them to be a part of your email list by giving them something of value.

Send your networking group emails or letters (with permission!) to share big news or success stories, especially anything of relevance to them or those in their network of contacts.

If you believe that you have valuable ideas, information and resources to share with others, then doesn't this just make sense?

That's right, you need to be willing to GIVE before you get.

That means you need to get to know other members and what makes a good prospect for them. What kinds of information might you have access to that could be useful to them?

You may initially think you don't have much of value to share with others (besides your business and what you provide). Part of the key to getting good at giving is to not make assumptions.

For example, don't assume that some basic resource (e.g., a website) that you're aware of is familiar to someone you might be talking to just because they are the expert in that field.

Be willing to ask if they know about the resource and ready to share if they don't.

Want to get better at actually giving referrals? Here's a simple question to ask someone you're connecting with.

"How am I going to know when I meet a really good prospect for you?"

Just the fact that you are willing to explore 'giving', will elevate your know, like and trust factor. 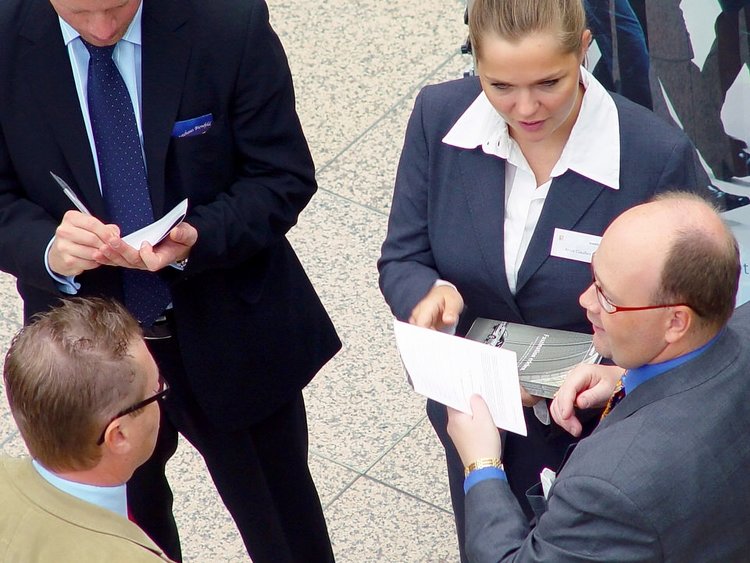 6. Focus on quality, not quantity!

It's not necessarily about the number of connections you make, but about the quality of the ones you do make. Are they mutually beneficial, win-win relationships?

Quality connections will be identifiable because all involved parties will be actively sharing ideas, information, and resources.

Yes, it is true that you need to spend some time and effort getting to know the other people in your networking group - and what's important to them. But, you also need to be clear and actively thinking about what information or resources you want and need.

Staying in touch with and following up with a smaller number of quality relationships will generally be much more productive than trying to follow up with a larger number of 'superficial' contacts.

7. Be persistent, but be patient when networking.

Don't approach networking as a scary proposition or a 'necessary evil' for being in business.

Take the pressure off yourself and really focus on how you might be able to connect with someone you meet. Focus on them first and look for ways to be useful to them. As you become known as a connector you'll eventually be ready to reap what you sow.

PS: If you need help growing your business to the next level, here are a few ways I can help you right now:

Step 2:  Book your Breakthrough Call with me to see what’s holding you back and what you need to do to reach your goals RIGHT HERE

Step 3:  Take a look at my online programs & courses HERE 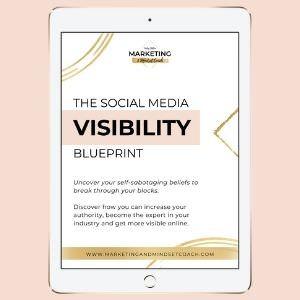 STEAL ALL MY SECRETS!

Get your free copy of the Social Media Visibility Blueprint and start taking the world by storm today!

Get FREE Marketing & Mindset tips in your inbox

I WANT IN!
Close 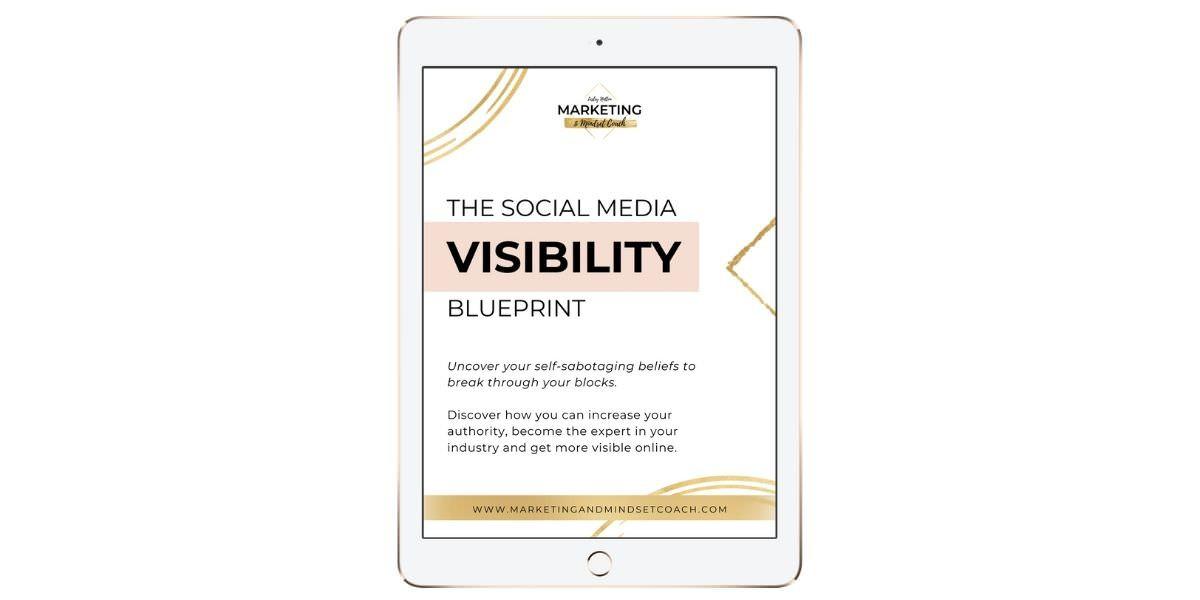 Steal All My Secrets:

Go from being totally unknown (& having an empty calendar to prove it) to having people dying to work with you, PLUS your programs & services filled ...in as little as 10 minutes a day!

Get on the earlybird waitlist & be the first to know when the Content Creators Vault opens!

Enter your info below!